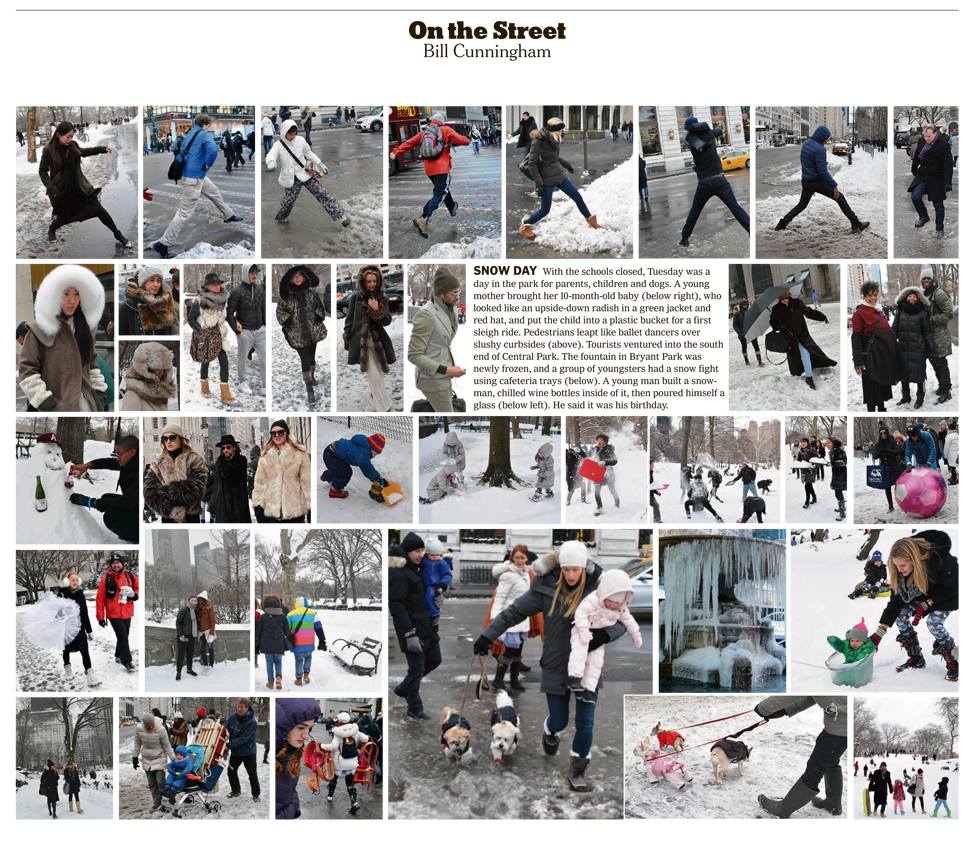 In January 2015 a strong North American blizzard covered New York City with a white blanket of snow.   The storm was also given unofficial names such as Blizzard of 2015, or Winter Storm Juno.

During those days, I met dancer Kylie Edwards in Central Park to capture some photographs to add to the World of Dances project. Without noticing, the iconic New York Times photographer Bill Cunningham captured us for his famous section On the Street. 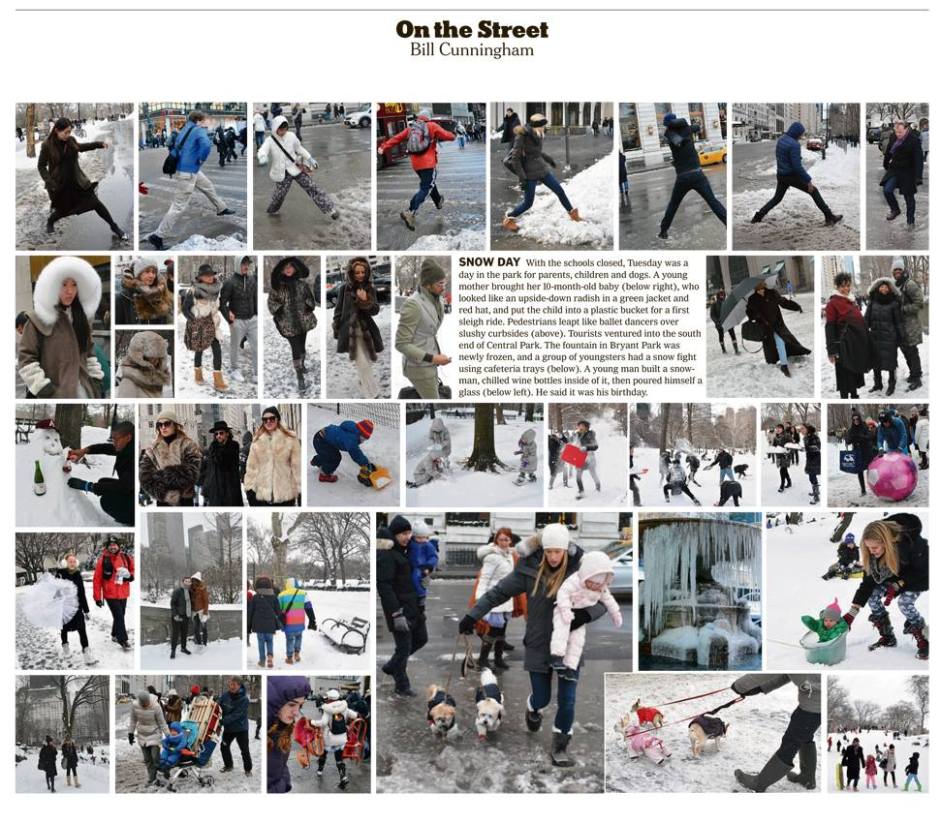 It is been said that Bill Cunningham was a great anthropologist and a fashion genius. Through his skilled eyes and his camera lens, he chronicled a half-century of fashion, capturing the high road, as well as the man or woman, in the fashion parade of daily life.

iThere are no comments